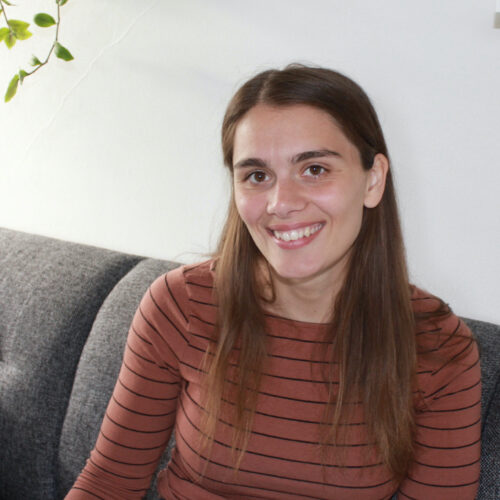 Geðhjálp recently ran the petition 39.is and hopefully most of you know and supported the cause with your signature.
Last year, in Iceland, 39 individuals took their own lives. The goal of the petition is to fight for the prioritization of mental health by the government, which is extremely important for our community. Everyone that suffers from mental health problems deserves equal access to help and treatment resources, but in order to make this possible it’s important to educate the general public about mental health disorders and deepen their understanding of them to combat myths, prejudice and discrimination. Awareness about mental health has already increased substantially, which has led to a better understanding of mental health and some reduction of prejudice against various mental disorders. For some reason however, eating disorders have not been included as much in the discussion for the last couple of years.
For anything to happen, we need to open up the conversation and increase the government’s and the public’s understanding of eating disorders. That is why I want to tell my story and my experience of the health system.

It was in the spring of 2018 that I first sought help from the eating disorder team of specialists at the national hospital. The operation of the team is not active during the summer, as is the case with many departments within the psychiatric division of the hospital. You know, because the sun comes out around four times a month and everyone is happy.
So started an incredibly difficult summer — I regressed and got worse, and my feelings of distress increased. What kept me going was knowing that I would get a call from the treatment team at the end of the summer and receive treatment. At the end of August I got a phone call informing me that they would not be able to admit me at that time and would contact me in three months. I lost all hope. I had been fighting to cope the entire summer, just focusing on half an hour at a time to get through each day. The pain had become so great that I couldn’t imagine going through this for three more months. I got a call two days later offering me a spot which I accepted with relief. I was lucky, if that is even the right word, that someone had rejected their spot. I wanted nothing more than to get better, but that isn’t enough on its own — professional help is needed. 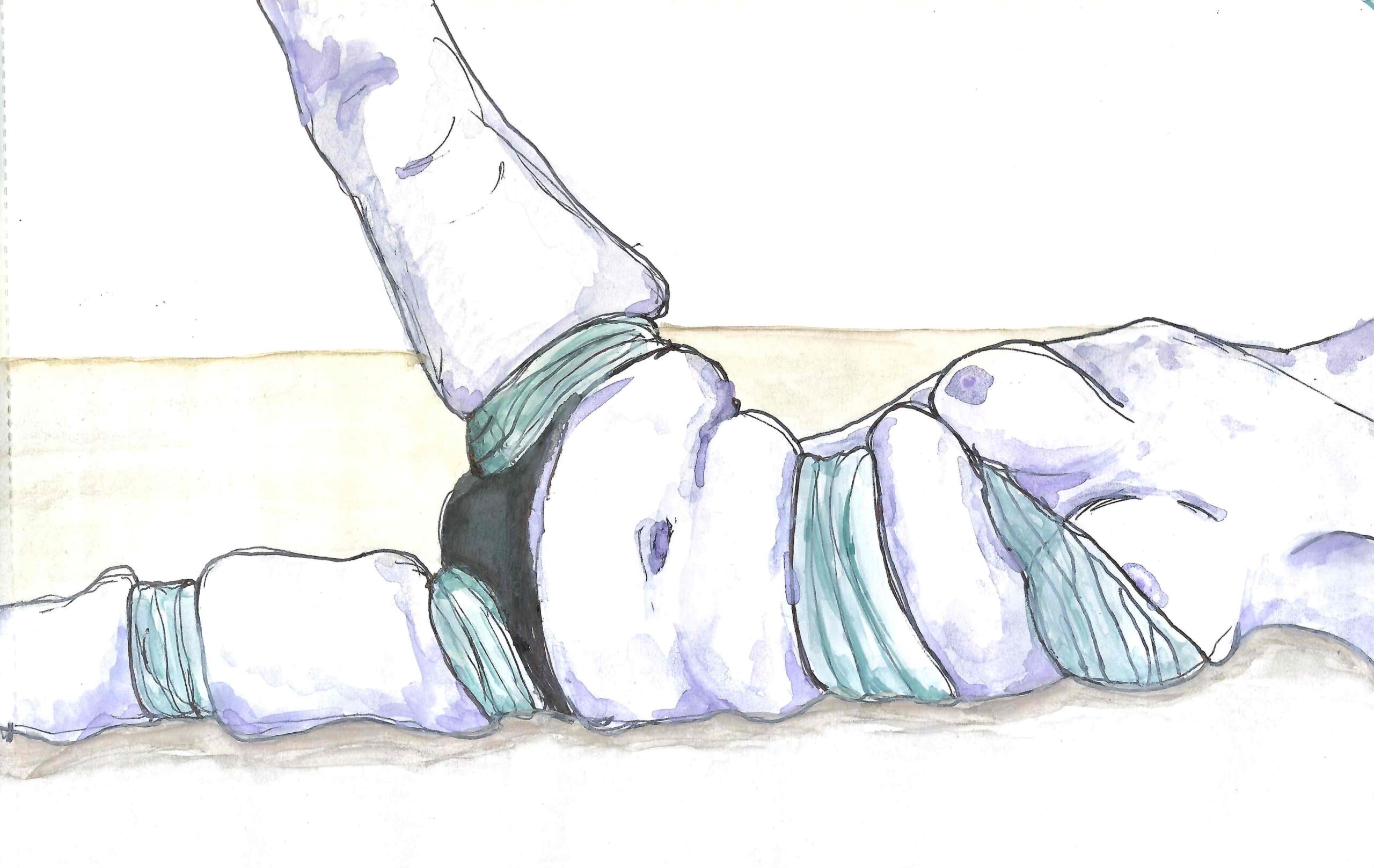 I spent 16 difficult weeks at the day-care ward for patients suffering from eating disorders and made a lot of progress that I wouldn’t have made without the treatment and support they provided.
In the spring of 2019 I started to regress again and had a major relapse. At the end of the summer that same year I was in a worse state than I had ever been before, both mentally and physically. I was so scared of asking for help. I didn’t feel ready and couldn’t handle the emotional turmoil that follows letting go of the eating disorder. The people around me had become very concerned and I got calls from loved ones, in tears, asking me to seek help. I gave in and contacted the treatment team again but this time it was a whole different story. There was no day-care ward treatment available, and not because of long waiting lists, but because of lack of funding.

What had happened was that in the beginning of 2019 a large amount of mold was discovered in the building, from where the team operated. All operations ceased and the team was supposed to move to the mental hospital Kleppur and continue treatments from there. They currently have an outpatient department but no day-care ward. At Kleppur there is a space meant for the operations of the eating disorder treatment team but first it needs to be renovated. I guess I could understand why treatment would be limited during renovations but the problem is that no renovations have taken place. Everything is ready for the renovations — the blueprints have been made but they haven’t been able to get the funding for it. They couldn’t get funding for a treatment that is vital for people that are very sick. Now it’s almost the end of 2020 and nothing has happened. At the beginning of 2019 a group of gravely ill people was supposed to start treatment at the day-care ward, but they still haven’t been able to receive that treatment.
The waiting list for treatment has gone from 3 months to a whole year. The waiting list for urgent cases is now 2-4 months. Those with a life-threatening condition are admitted to the psychiatric intensive care unit, where no specific treatment is available. Some are sent abroad to receive an intensive treatment where people aren’t even allowed to go to the bathroom alone! They have to receive treatment in a foreign language and far away from their social network.
Admitting patients to the intensive care unit or sending them abroad for treatment is expensive for the government. Allowing people who could have got better with treatment and possibly been able to work again, to remain sick for months or even years is also very expensive.

It doesn’t take an expert to realize that it is more sensible to fund a proper treatment option that is able to return people to productive functioning in the community.

This shouldn’t be about money. Everyone should have equal access to the health care system and proper treatment, regardless of the nature of their illness.

So why hasn’t anything changed? I don’t want to believe that the government is indifferent to those that suffer from eating disorders. I can assert that they are not oblivious to the problem. I wrote an open letter to the minister of health and got a response from them saying the matter had been taken up in a meeting with an emphasis on resolving the problem. It got quite some attention and was reported in the evening news on RÚV — but despite all this nothing has been done. Is the government still ignorant of the gravity of the situation? Is it because those afflicted with eating disorders are often ashamed of their illness and therefore afraid to speak up? Should it be our responsibility to fight for the availability of necessary treatment? That is the message I have received while seeking answers. On behalf of those who are waiting for, a currently unavailable, treatment, as well as the friends and families that have to watch powerless as the disorder takes the life of their loved ones, I would like to stress how serious and potentially life-threatening this disorder truly is. 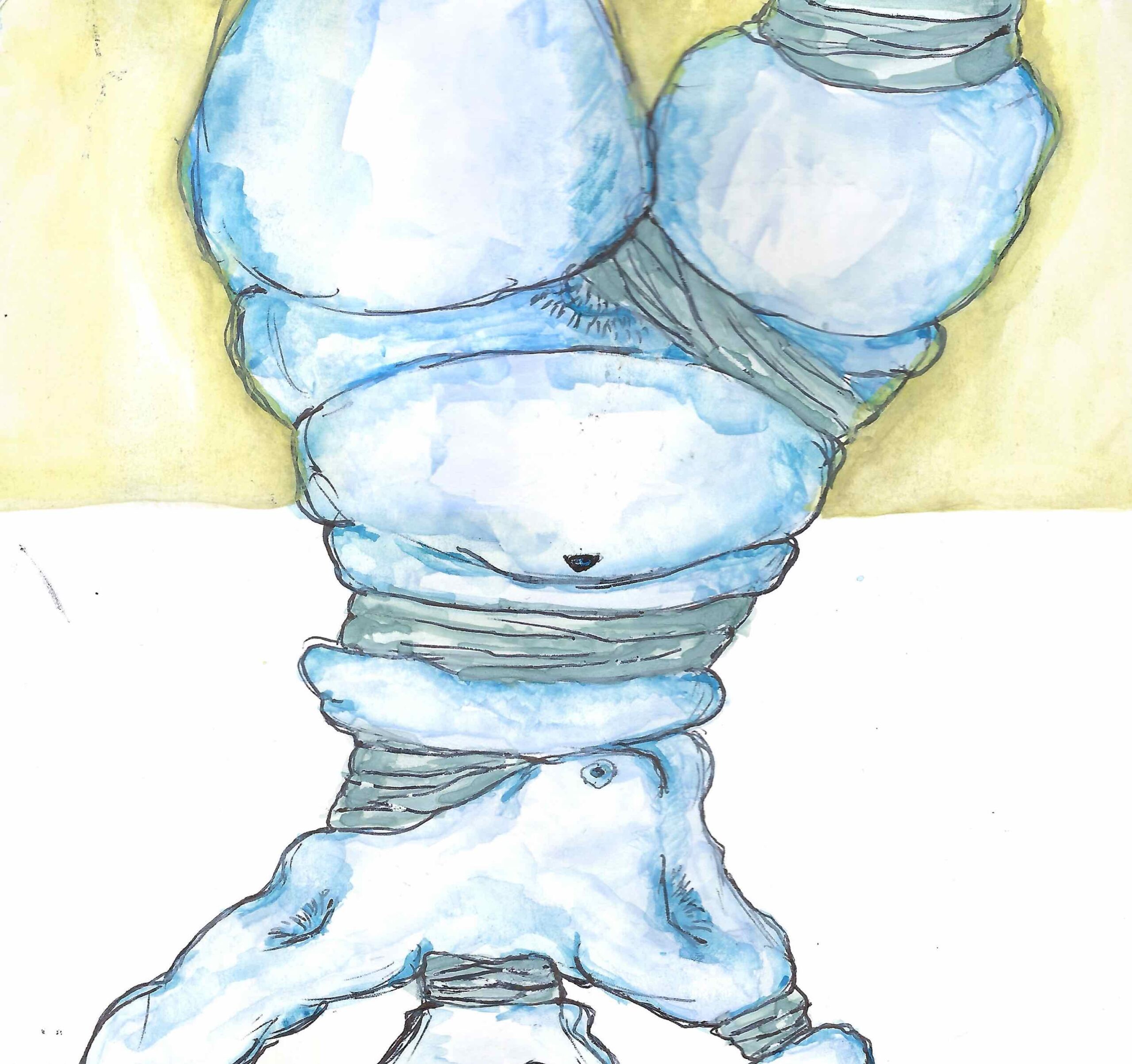 It is not possible to treat the consequential conditions if the disorder is still present.
Eating disorders are often misunderstood and not taken seriously enough. They are sometimes glamorized and not considered alarming unless someone is severely underweight and malnourished. The stereotypical image of someone with an eating disorder is a skinny girl with protruding bones and a sunken appearance that looks into the mirror and sees a fat girl. But this image doesn’t portray the most common manifestations of the disorder. Most people with an eating disorder are not underweight. This stereotype causes overweight people with an eating disorder to be reluctant about seeking help, because they don’t fit the common idea of someone with the disorder. Weight is not a symptom of eating disorders. Being underweight or overweight can however be a consequence of an eating disorder.
Eating disorders have no gender, age, body type nor nationality and can be diagnosed during adolescence and adulthood. It doesn’t just affect women; young boys and grown men can also be diagnosed with an eating disorder.
Treatment accessibility has never been more important. Young people grow up in a confusing world of social media such as Instagram and TikTok, where they are bombarded with unrealistic beauty standards and ideas about the perfect body. The age at which children start worrying about their appearance is continuously getting lower. These unrealistic beauty standards along with trauma, negative self-image, bullying and “harmless” diets that become extreme are examples of what may lead to an eating disorder.
We need to raise awareness regarding the gravity of eating disorders, and a negative body image, with proper education and accurate information.

I would like to mention that of course it is possible to get help from specialists outside of the national hospital but it is very expensive and not something many people can afford.

Further information on eating disorders can be found at gedfraedsla.is.

Recommended
No One Would Rape a Fat Woman 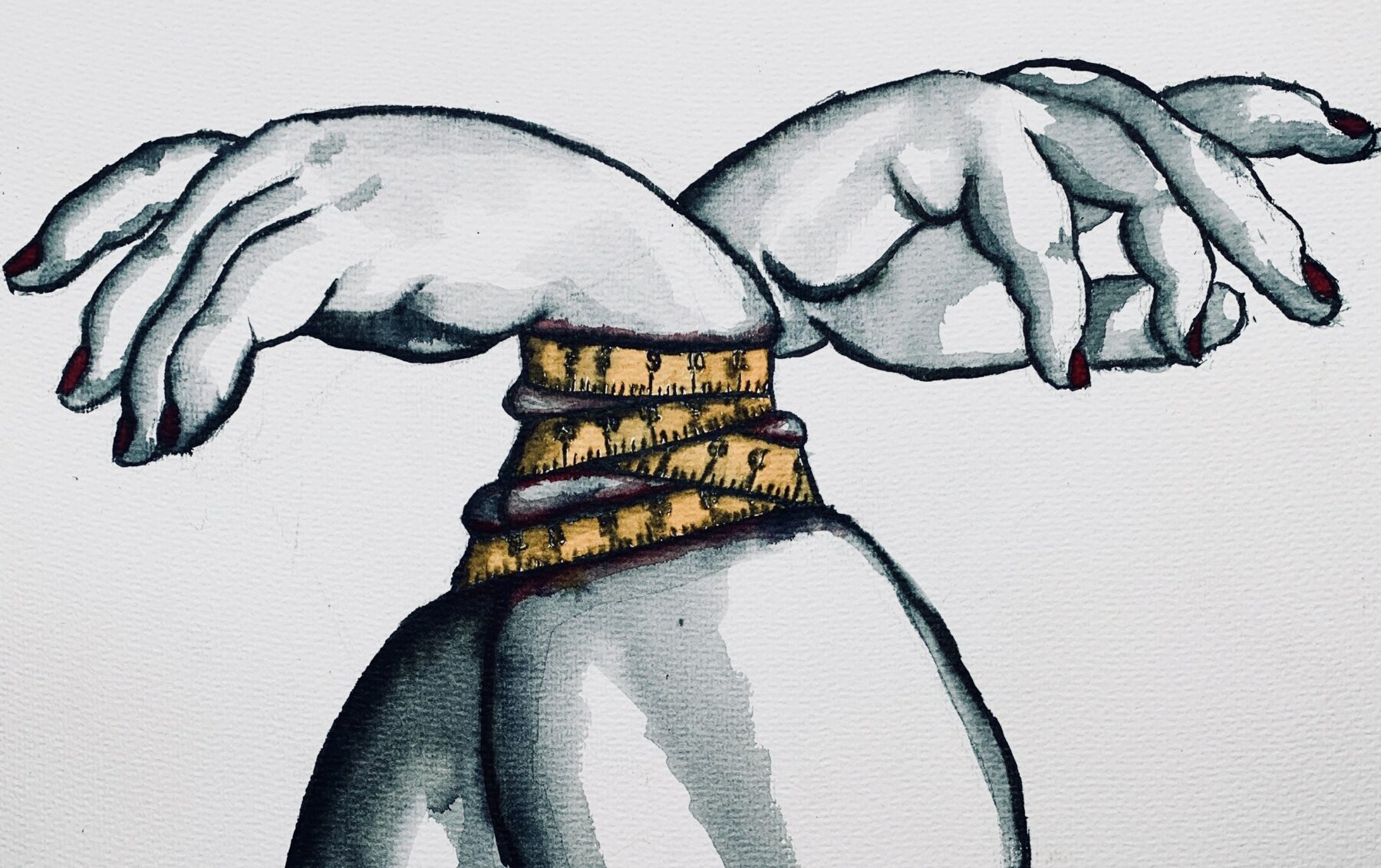 Next article
Mental health: The email that made me want to walk out in front of a moving car