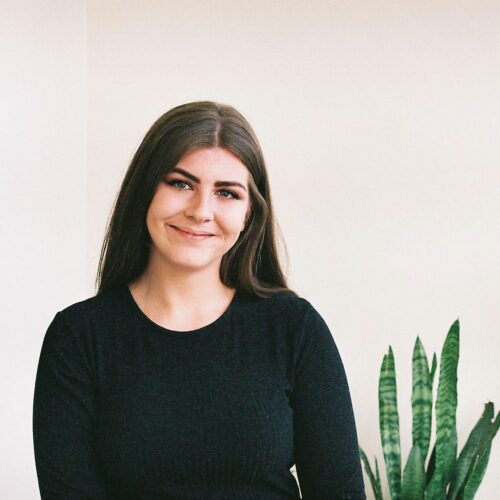 Ósk Elfarsdóttir has recently, along with Gunnhildur Fríða Hallgrímsdóttir, put her energy into drawing attention to the new Icelandic constitution. In their campaign they have especially focused on young people, but Ósk says it is important that young people feel welcomed in political discussions. In the hope of increasing understanding and democratical participation of young people they have created the Instagram account @nyjastjornarskrain where they publish educational material on the new constitution, but in addition with that Gunnhildur has received attention for her Tik-tok series where she called ministers of parliaments/congressmen to ask their opinion on the new constitution. Above all Ósk encourages everyone to sign the petition that you can find *here*. 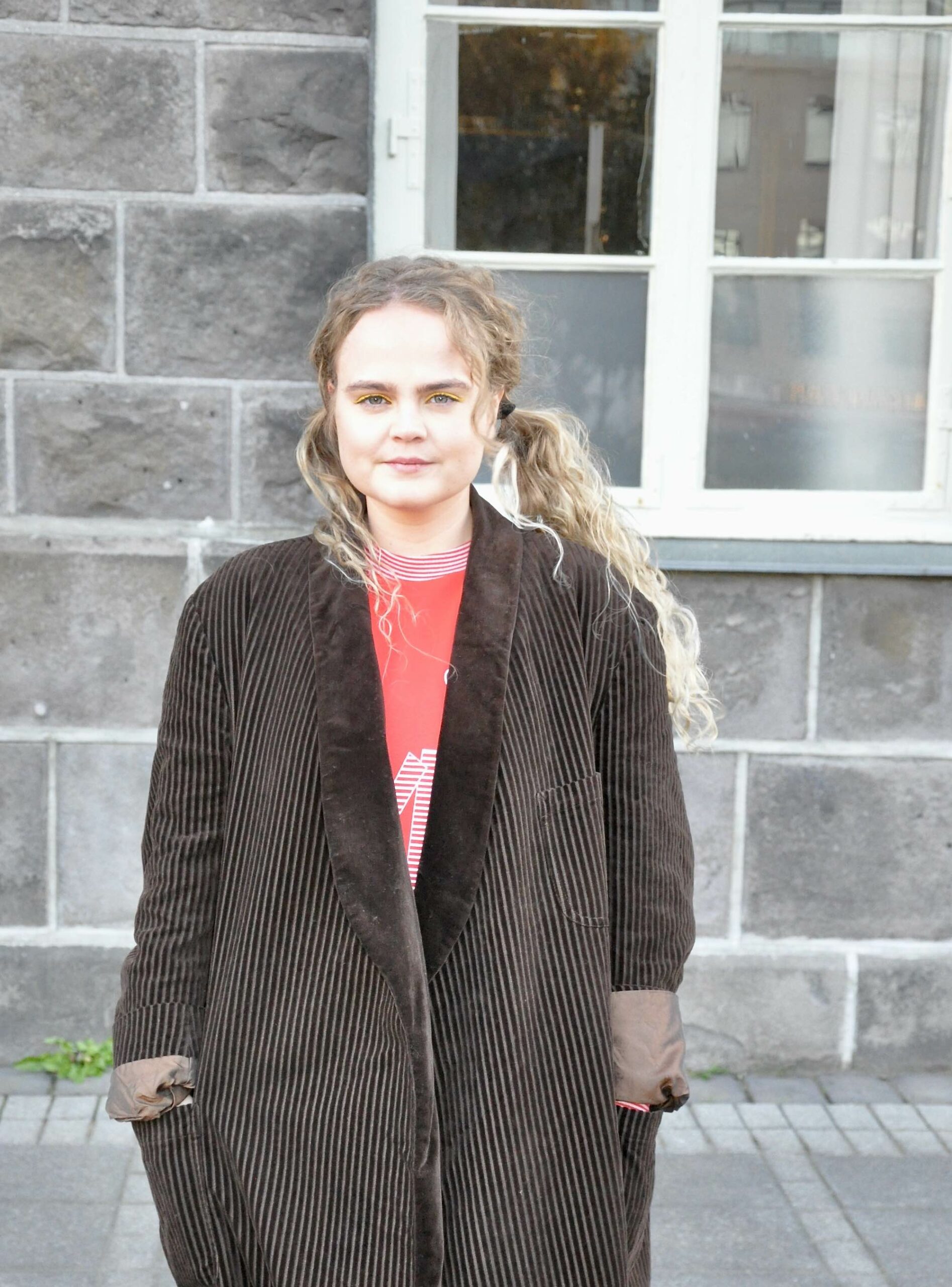 Isn’t it rather unusual for Parliament to choose to deny the result of a national referendum?

Yes I think so, and I think that this result reflects on the corruption that thrives in party politics. Gunnhildur and I, and many more, agree that this decision parliament made is undemocratic. One of the most basic rules of Icelandic constitution is that the nation be the creators of the constitution, not Parliament; if the nation is sovereign it should get to decide for itself what constitution it has.

Why is it important to increase people’s understanding, and especially young people’s, in the new constitution?

The thing is that in Iceland there is a lot of corruption. In Iceland the parties in control are very privileged and although we are considered somewhere about the fifth wealthiest state in the world, per capita, that wealth is not returned to the nation. All the while a certain group gains tens of millions each year by exploiting our resources, especially marine resources; even though they are categorized as national property by law. The new constitution was written in the most democratic process in the history of mankind; the nation was able to take part in making it. When the new constitution was made it was clear that Icelanders wanted to place emphasis on nature conservation. We want our resources to be national property; and 83% of voters claimed to be especially approving that resources be made national property. The new constitution also sheds light on the will of the nation to have a constitution that provides clarity on the freedom of the press, public information rights, equal voting powers, quick refugee litigation and the right to health care. I say this because this will of the people is made clear in the new constitution but still the authorities deny us of it. It is important that young people, as well as everyone, are aware of what we are being unfairly denied. The new constitution has every possibility to better Icelandic society as a whole.

Do you feel you have succeeded in drawing people’s attention to the new constitution with the use of social media?

Yes, you can reach such a variety of groups through social media. It has for example paid off to share the petition repeatedly on social media. I’m excited to say that our petition now holds the Icelandic record of the highest amount of validated signatures signed for a single cause. It also helps how easy it is to sign; you can use your online ID and your name is on the list in just a few seconds. We’ve decided to deliver the list of signatures to Alþingi on the 20th of October, but on this exact day eight years ago the referendum was held. By using social media we hope to make discussions about the new constitution more accessible. All political discussion can generally prove very repellent, especially for young people. Politics are often not in simple terms and therefore the public does not familiarize themselves as much to these topics as they should. But I think that this is changing; younger generations are very active in expressing themselves on political matters on social media; and that helps make them more accessible. We are solution oriented, radical and done with this bullshit.

Have you done any campaigning outside of social media?

Absolutely, we have been busy graffitiing our demands on sidewalk slabs all over town. We organized a peaceful protest on the 3rd of October. We’ve also worked on and published many advertisements where, among others, Páll Óskar, Jón Gnarr and other young influencers and artists performed. These advertisements are meant to encourage people to sign the petition of the new constitution. I like seeing how many people are fighting for the new constitution and want to see it take effect.  We have to be heard; show that we have not forgotten the demand of the nation — Even though it is ridiculous to have to do it in this manner, we are very serious about it. 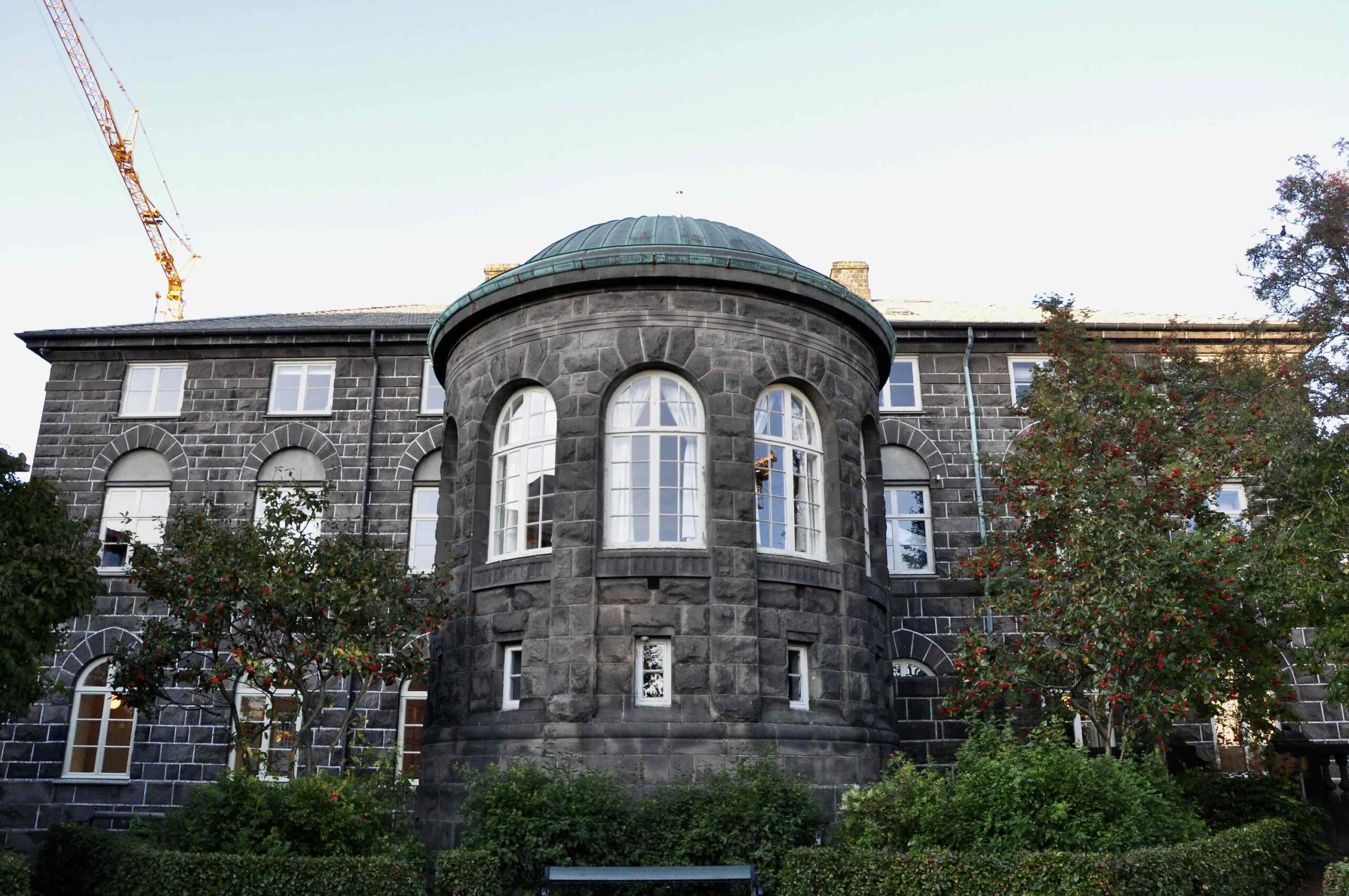 Will the politics listen to you?

It is difficult to say how this all will play out, but our society is going through a hard time now; people are unemployed, getting way to low benefits and I think personally that this will lead to an unrest in society. Especially if a right-wing government will form again after the next election; then I think, without sounding totally crazy, that this will lead to a revolution. People have had enough. Awareness around a nation’s constitution often awakens in times of unrest in society. The present constitution was in fact approved in the second world war; back then there was unrest that encouraged Icelanders to get rid of the king. That is why the time is now; so says the history of the world and the constellations.

We Icelanders have always been very proud of our nature and equality; why do you think that we are still so afraid to confirm these ideals in the constitution?

We advertise ourselves for living in untouched nature, with clean air and magnificent mountains, but still there is no mention of nature preservation in the constitution? How can this be? We just need courage. The Icelandic nation has never made their own constitution in this way and that is why people could be afraid of it materially; but that is insane. Basically this is only about a few privileged groups who want to maintain corruption because they are afraid to lose power.

You have specifically mentioned the corruption of the Quota-system?

Exactly. Documents show that quota-owners and shipping companies have benefitted on average 44.7 millions isk a year since the economic crash. For that money you could run the national hospital for seven months, throw ten Eurovision contests or pay more than 11.000 people minimum wage for a year. And we are only calculating the benefit of one year. But instead of improving society in some way this money, that should go to the nation, lies with a few chosen power groups. There are already discussions in parliament about changing the new constitution;I think that reflects the greed that seems to lead some parliament members Parliament has the authority for kneading together constitutional changes according to this outdated one that is in effect. The government already has a clause ready in their back-pocket that is basically a continuation of the present quota-system and weak nature preservation clause. That clause does not speak to the right of nature or future generations; and I really do not know what our prime minister is thinking. I expect the discussions to be heated when they publish the clause; there will be protests and hopefully we will succeed in driving home the importance of the new constitution.

Does the new constitution separate itself from the pre-existing one in any other way? 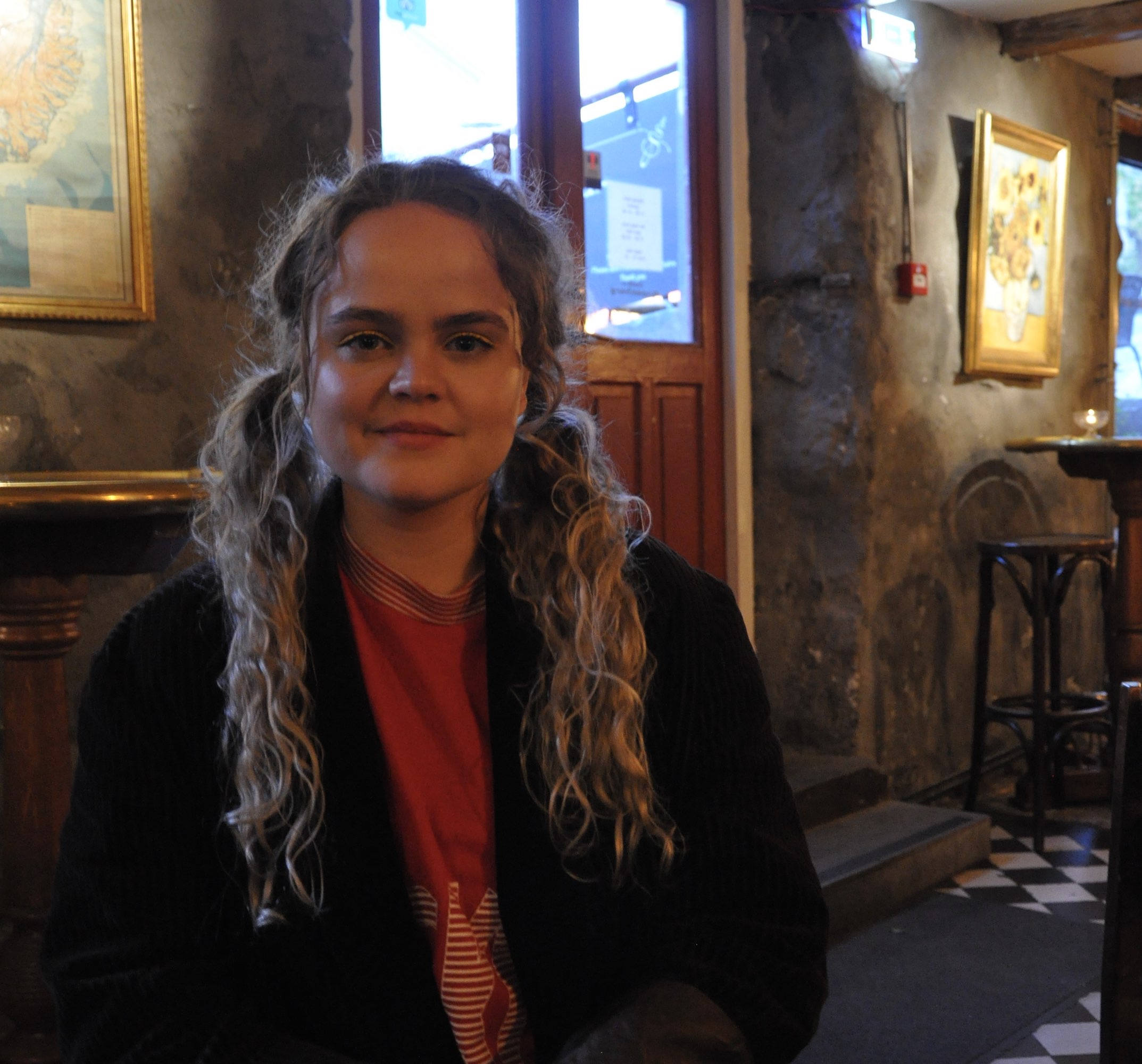 How is it that the women’s organization is specifically leading this battle?

There seems to be a great interest with women; that could be because of the resource- or nature preservation clause. I also think that it is because people belonging to various groups in Iceland were able to take part in creating it, the same thing can’t be said about our current constitution. The new constitution is for example written by women, LGBTQIA people, people with disabilities and that is important. It doesn’t make sense to defend a constitution that was written by Danish white men for a differentcountry.

Do you believe that young people have a lesser opinion on ministers of parliament/congressmen than before?

Yes I would say so; there is more distrust than ever before. And I mean isn’t it obviouswhen you look at how people voted for  for Katrín Jakobsdóttir, our current prime minister, in good faith and then she is trying to createthe worst possible nature preservation clause that I have seen, you know? I finally had enough seeing that; what can you do? Is everybody consumed with power hunger and greed?

You also mentioned the importance of growing critical thinking towards the new constitution?

Yes, I mention this because I recently finished a masters degree in law at the University of Reykjavík and in my studies they never really spoke about the new constitution; if the spoke about it they belittled it, without any material reasoning. Our discussions about the new constitution sent the message that it was unnecessary because we “already have it so good”. This kind of message stems from advantage blindness. And I picked up from this discussion in law studies and was for some time against the new constitution and spoke against it. At the time I had never researched it on my own and therefore I trusted the negative reviews around me. People were mentioning scholars who spoke against it and so on and so forth. But then I looked at things myself; look at the arguments and used critical thinking and then it was clear that many of the negatives that were believed about the new constitution were wrong; and any doubt found with the unnamed scholars, who were often quoted, were not as bad as previously implied. Finally I realized that I was for the new constitution, but at the same time  I was startled how the people around me had spoken about it. It was actually a shock, I felt so betrayed. There is a powerful and wealthy part of society that gains from keeping the current constitution; people that will stop at nothing to see it held. That is why it is important that people educate themselves rather than placing their faith in some pre-existing ideas. 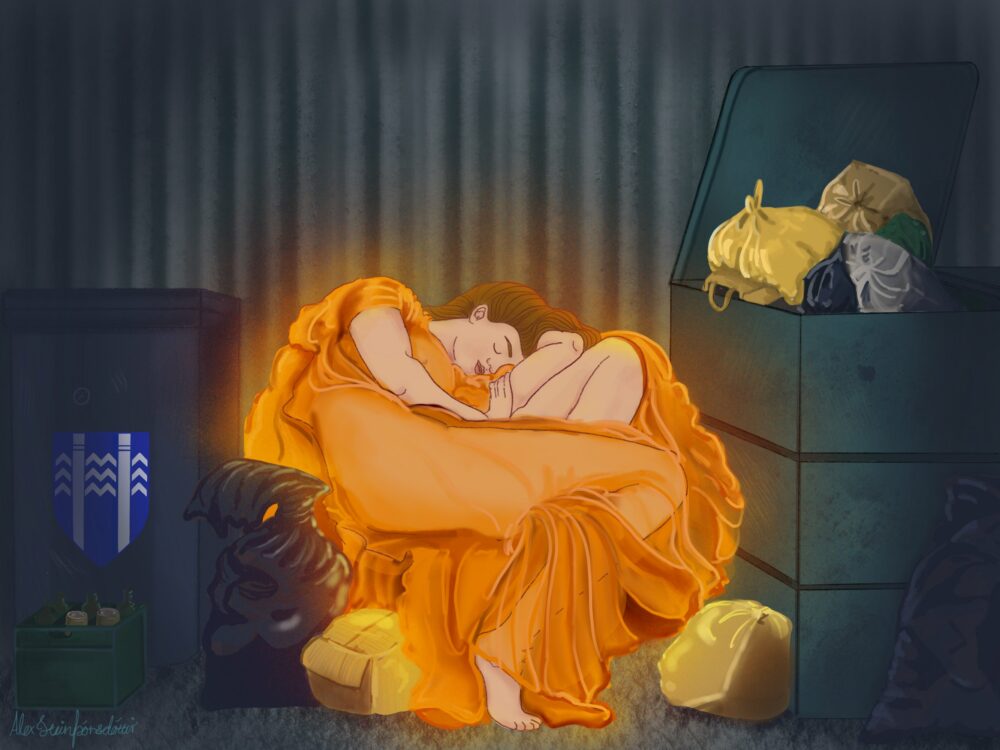 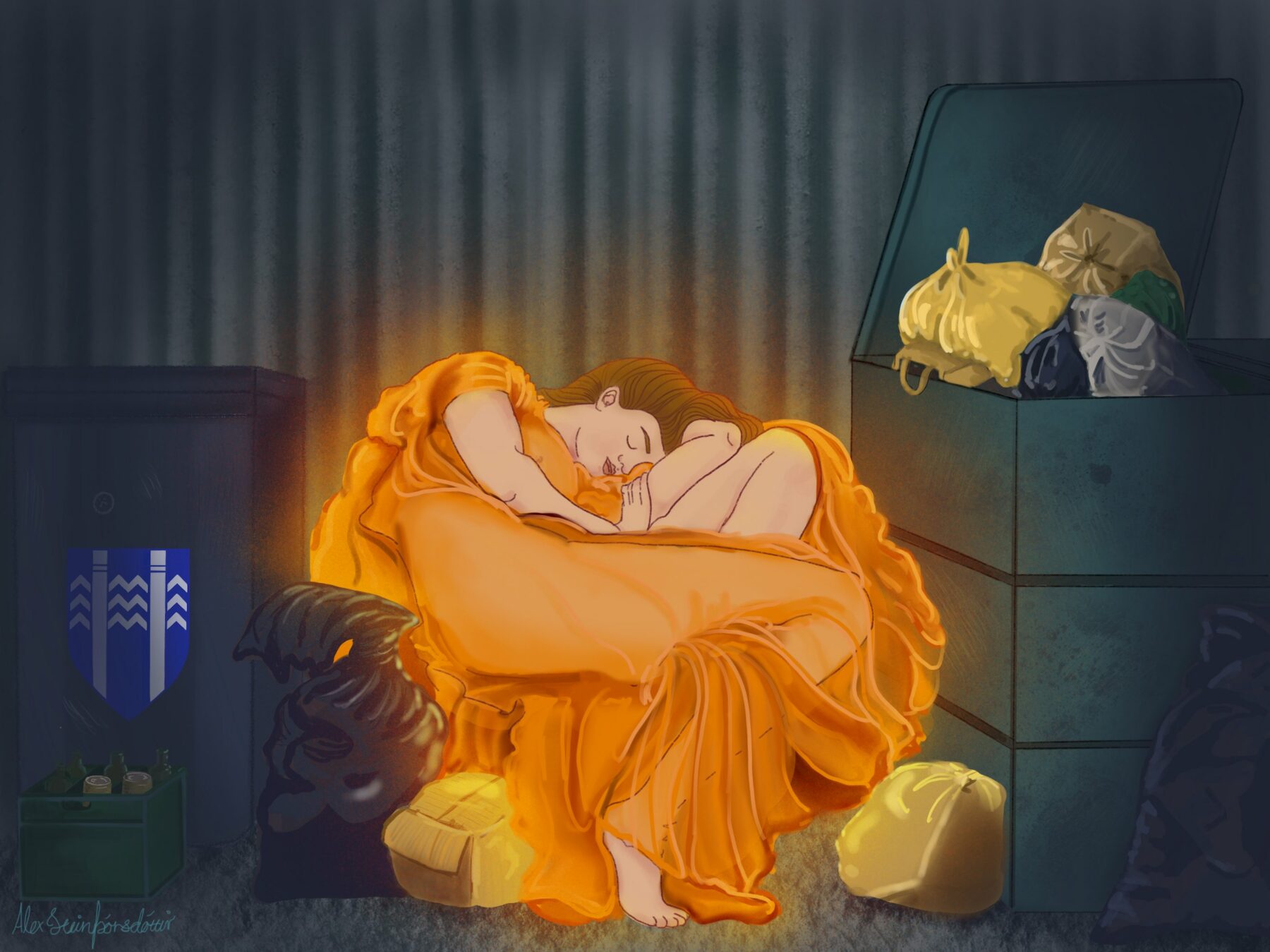 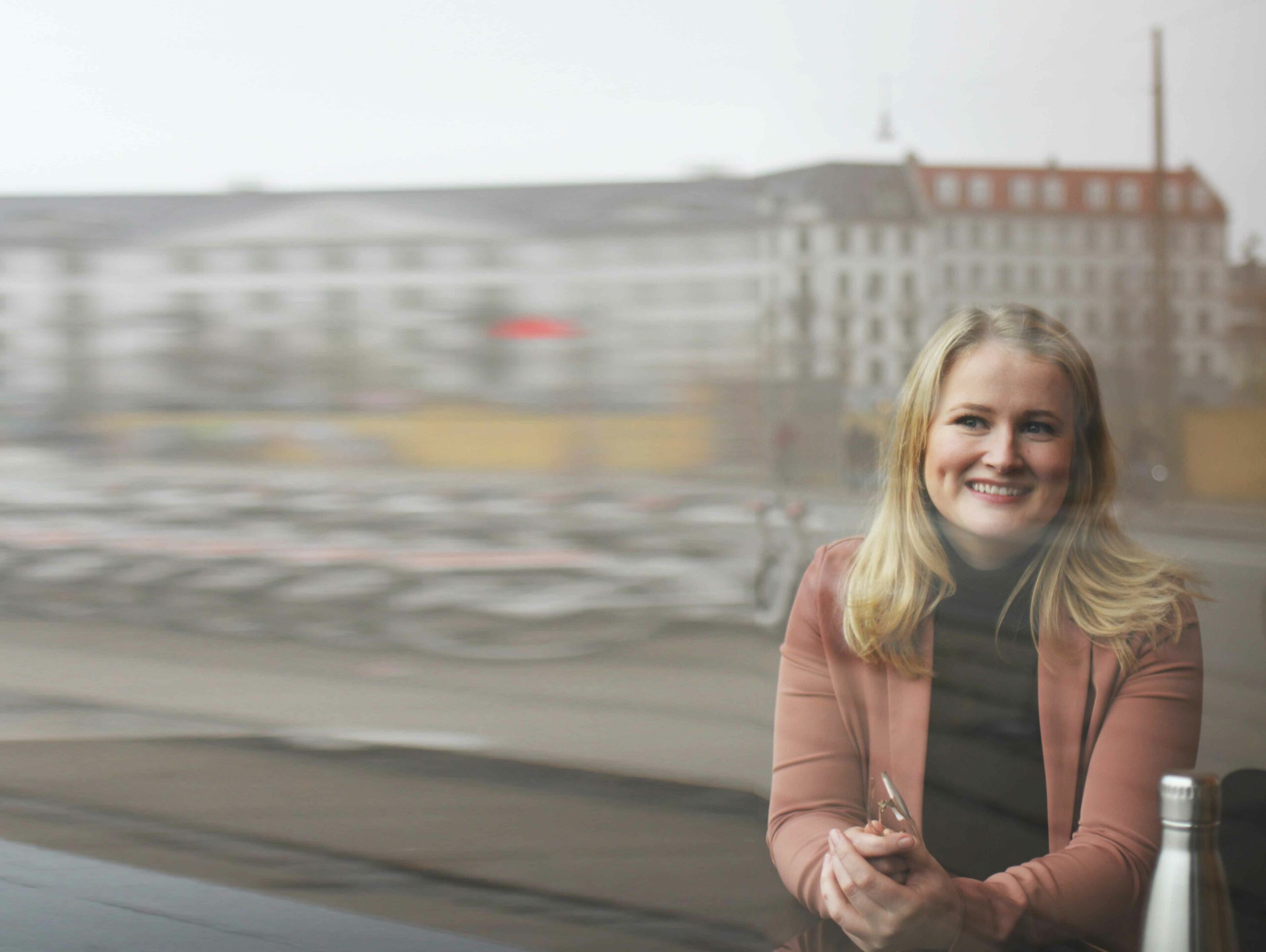 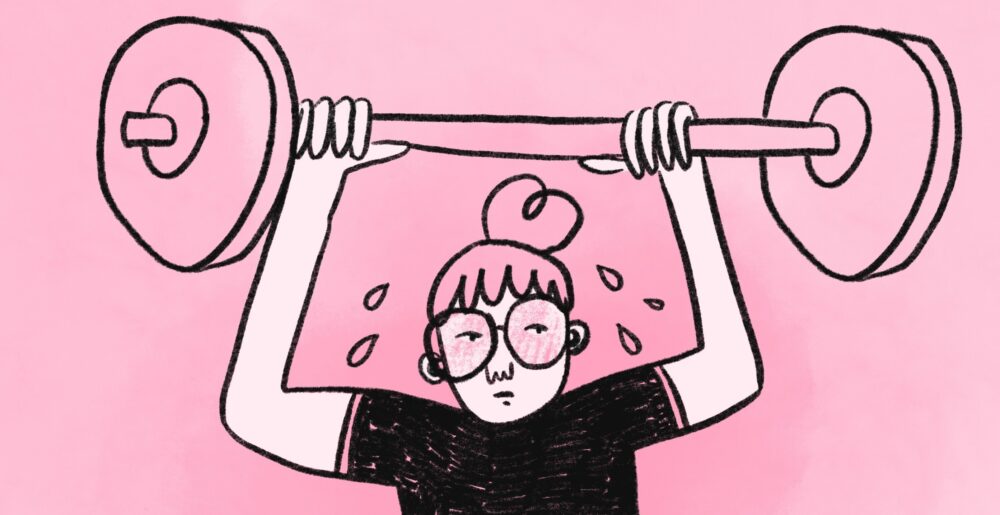 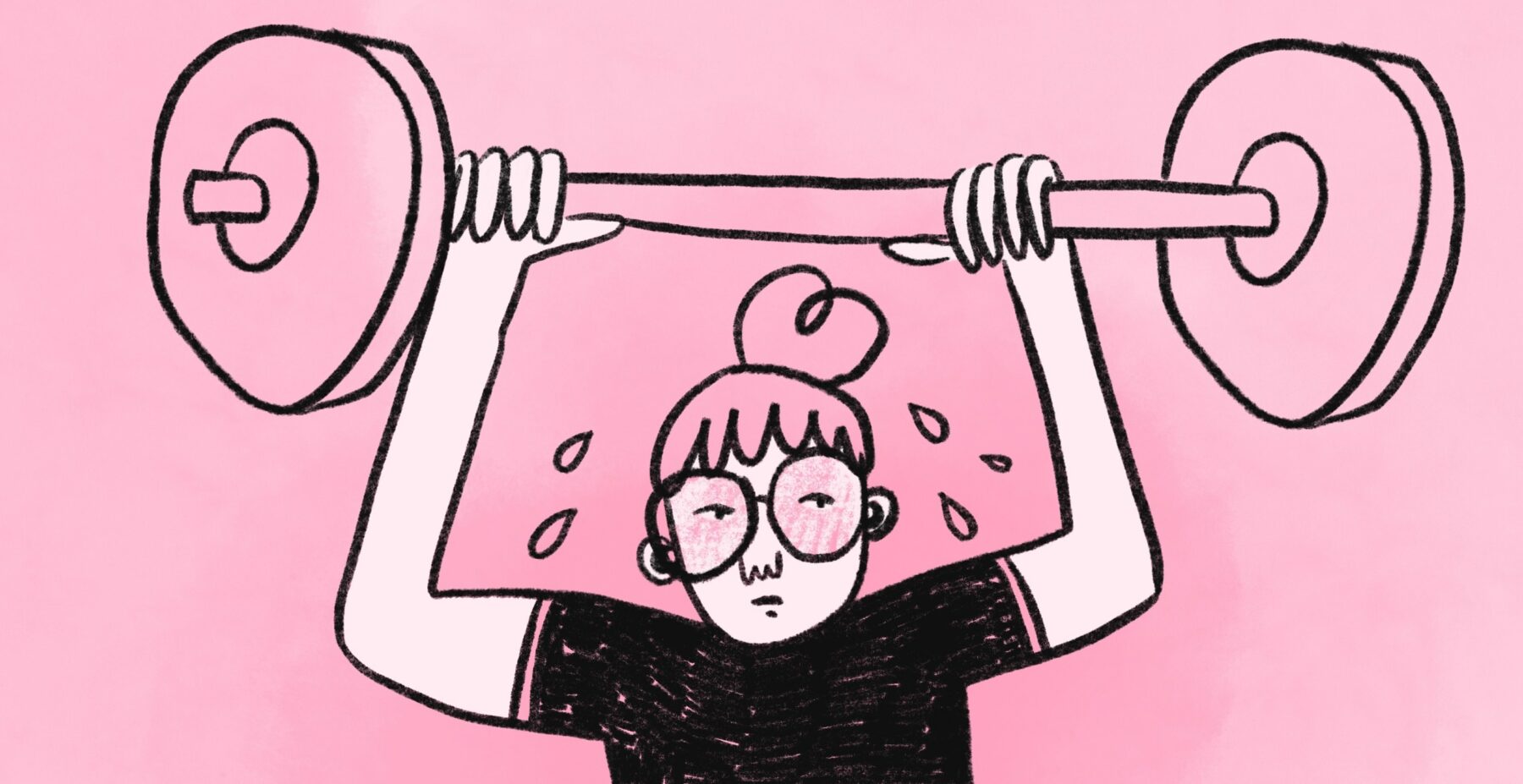 “The new constitution has the ability to really improve Icelandic society.”